Too many people have asked, so I decided to pull back the curtain a bit and share more about how I came to be location independent.

It wasn’t a straight line.

In fact, the path was pretty messy.

I expect it will continue to be so.

I’d love to be able to tell you that I’ve wanted to do what I do since I was a child, but that’s not the case.

Something I’ve come to learn about entrepreneurs is the desire for freedom can sometimes be so strong that there can be a tendency to wander a bit.

First, I simply wanted to be a Superhero, so I lived that out the best I could.

Thank you to my mother who never squashed a single dream or vision I ever had.

She simply let me live and grow through things.

Then, after I was in a car accident and broke my leg at 4 years old, I started renting out my Big Wheel then took the profits and bought another one to increase my profit.

Every Halloween I would start my trick-or-treat trek at 4PM and run til about 10PM to get as much candy as possible – and sell it from school.

I wanted to be an entrepreneur. I loved it.

I loved telling my mom that I didn’t need the allowance for mowing the yard and cleaning my room.  My income far surpassed what she paid me.

This ended up being a bad decision on my part because she then made me clean my room and mow the yard for free.

My first introduction to communism.

Undaunted, I also found another opportunity around that time.

As my baby teeth began to fall out, I found that I would get money by placing these very teeth under my pillow at night.

I only had 32, so I knew what I owned was a true commodity.  I decided to capitalize the best I could.

I negotiated with the Tooth Fairy (true story, my mom has shown me the notes I wrote).

At 10 years old I wanted to own more U-Haul franchises than anyone else in the world.

Not exactly sure how that thought entered my young mind, but it was cemented squarely there.

Going into junior high school I was on the clear path of putting our school store out of business because I was selling lower priced school supplies (and candy) from my locker.

Thanks again to my mother for taking me to the grocery store at an early age. I knew a great deal when I saw one.

I was quite the prudent saver of money, even then.

The principal shut me down.

He told me I was not being loyal to the school by doing this.

I told him he was a communist and should be fired.

Going into high school this morphed into brokering and outsourcing homework for fellow students, which was very lucrative.

I know, some people look at that as cheating.  I never have. I knew, even then, that the savviest business owners found problems and solved them.

Business owners outsource day to day work all the time.  This was no different.

Plus, somehow I knew even at a young age that formal education was virtually worthless.

I needed to learn how to get rich.

I could never get the one big question out of my mind:

“Why are they not teaching me how to get rich?”

Although my interests are vast, my focus is clear.

Help as many people who want help on the journey.

Help them understand how to create location independence…

And why it’s so important.

Help them understand that a job working for someone else is perfect for paying bills, but not for creating freedom.

In other words, profits are better than wages.

Help them understand that living below your means instead of beyond them is a key to freedom.

Help them understand the art of thinking accurately.

Help them understand that being different, being a contrarian is a good thing.

Carefully select the people you allow influence from…

Help in reading the right books and listening to the right mentors.

And mostly help them enjoy every moment as though it will be the last.

Yes, I’ve managed to settle in on two main projects after all these years, and I’ve managed to quietly build a 7 figure consulting business from home in an obscure niche I discovered along the journey.

The biggest lesson I’ve learned on the path so far:

Wealth is an illusion.  Location independence is not.

Yes, I know other entrepreneurs who have wealth and location independence.

It’s one or the other, if they have either.

So, how did I build this?

To the first question, I built it one brick at a time, figuratively speaking.

It took 3 years just to figure out the basics (late 90’s and early 00’s when the Internet was still new).

It also cost a lot of money.

I work from where I am or want to be.

I work when I want.

I’ve had money deposited to my account from all over the world while I’ve been on vacation or traveling around the world.

My wife and I just got back from almost 2 weeks in Kauai at the top rated resort on the entire island in an upgraded suite (darn near free because it was earned).

For my two projects I got 30 new leads and closed 4 deals while I was there.

All while my feet were perched on the sill overlooking Hanalei Bay sipping on mimosas.

People pay me tens of thousands of dollars from all around the world after seeing nothing more than one of my website and a few follow up emails, then a short phone call with me.

To the second question, why I still do this after 19 years?

Because of the freedom.

No, I don’t like trading my time for money because it violates the core tenant of freedom, but the location independence and large sums of money provide a different kind of freedom.

The freedom to invest (at least the way I do it) creates leverage.

Without leverage you can never have freedom at all.

And this is where multiple streams of income are valuable.

ALWAYS have a side project or two.

And always invest the right way.

But the focus must be leverage.

And it’s because of leverage that I have my second project.

Because leverage is freedom.

The freedom to think is probably the most valuable asset we all have.

Most people don’t take the time to think because they allow themselves to get bogged down with all the little things of life that ultimately don’t matter.

They think about things that don’t matter.

They think about things that aren’t true.

They don’t take the time to validate anything.

They often take what they find on the Internet as verbatim.

They are scared of everything.

I’ve learned that leading yourself through life can be challenging.

It can also be scary.

Especially when you’re trained and accustomed to simply being TOLD what to do.

Like trained dogs, from a very young age we’re taught to be in our seats and move from room to room when a bell rings.

We do this for 13 years in most cases, so the habit is well formed.

We go home when they tell us to go home.

Then we’re told to study hard and get good grades so we can go out and beg for a good job.

So we can continue to be told what to do and when to do it, only now it’s more advanced.

And now there is even less freedom than before.

And so the “rat on the wheel” syndrome tends to get ingrained into our consciousness as “the way it is”.

As you go about your day, right now, I want you to think about something:

Are you thinking accurately?

Are you asking the right questions of the right people?

Are you allowing yourself to be stuck in a rut?

I was taught the only difference between a rut and a grave is the depth.

Never be afraid to quit something you start…

But ALWAYS be certain that you are quitting the right things.

This is called strategic quitting.

Most people quit because their emotions got in the way.

Success, by nature, is not supposed to be easy.

It’s a process that is supposed to be enjoyed.

This goes back to asking the right questions from the right people.

Champions don’t just wake up one morning and decide to be champions.

That’s only the first step.

The rest of the journey is the hard part.

And that’s why there are so few champions in this world.

Several of which don’t have advanced degrees.

Many others who didn’t even have high school degrees.

They taught me how to think accurately and quit strategically.

But it will be the result of constantly walking forward and toward the goal you have.

How did I quietly build a 7-figure business from home?

I decided what I wanted.  I pursued it relentlessly.  I took the punches.

I took the time to learn.

I accepted failure as part of the process.

Because I love my freedom. 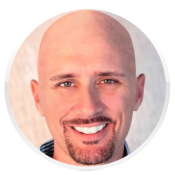 TW Walker has been a location independent entrepreneur for almost two decades, has written a book endorsed by the Napoleon Hill foundation, and is the Founder of Breakthroughs Worldwide, a leadership development company. He teaches the power of entrepreneurship and leveraged income.

Want to join the discussion?
Feel free to contribute!

When my friend TW asked me to provide a testimonial on his behalf I was more than glad to do so. I think what TW is teaching today will help you tremendously in your business life and your personal life as well.

TW has overcome roadblocks in his life and in the process has definitely become a Superhero of success.
He is changing the world and invites you join him.
Chase Your Dreams, Not Your Opportunities