The graphic pretty much says it all, doesn’t it?

We all deal with it no matter who we are and what we do.

It is and always will be a part of our lives.

It’s presented to us constantly through the media, which then disseminates it to us through all the various media channels.

It rears it’s head after every failure, mistake, and poor decision.

It whispers in our ear even when things seem to be going well.

It has a wickedly bad sense of humor, but always seems to easily gain our attention.

It savors the moments when we feel displaced, dejected, and dispirited.

It sucks so badly and has such a profound impact on all of us that I decided many years ago to study it and figure out what it feeds on and why it can be so devastating. To determine what nourishes it. Most importantly, I wanted to learn how to thwart it. I wanted to know how to contain it, minimize it, and control it because of the way it seemed to always seemed to have a covert and closely held secret in it’s power over me.

To contain fear is one of the simplest, yet most challenging obstacles to overcome even for the strongest willed and most ardent of positive thinkers.

Once I figured out the source that feeds fear the most is doubt, it was then I realized the inherent power in verbal and even mental affirmations of what you want or intend to attain that extinguishes fear’s power almost instantly.

But few people do it.

Few people realize we have a VERY powerful computer perched right inside our noggin that will do anything and bring us everything we ask it for relentlessly, passionately, and with an intent focus.

In other words, the difference maker in dealing with fear is our response to it. Not our reaction, but the response.

Responding to anything first begins with understanding, then moves through process of evaluating your options, then taking action based upon those evaluations. Reacting, on the other hand, is doing nothing or taking negative action based on the initial way something makes you feel before you think it through and evaluate it. Meaning, you’re listening to that “little voice” that communicates with you the moment a seed of doubt enters your mind.

Fear sucks® is a mantra I began using when it really dawned on me how many lives are ruined by fear’s lethal grasp. When I began teaching people about fear and how to harness it I then decided to trademark the term and use it as a tool for showing how you can have some fun with it while you work toward keeping it contained.

Life is really meant to be enjoyed to the fullest.

Live it out loud and alive.

Free from the grasp of this silent, but deadly mental killer.

It’s my steadfast belief that the moment you make the internal shift in permanency about what you truly WANT in life and business, focus on it like a laser beam, and passionately declare aloud daily that it’s yours and nothing will stop you from attaining it, then fear will have no other choice but follow you from behind with the shackles and chains it deserves.

Decide now that you will never be a slave to fear ever again.

Do what you say you’re going to do, then “Walk your talk!” 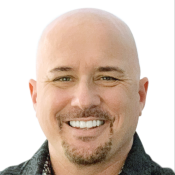 TW Walker has been a location independent entrepreneur for almost two decades and is the Founder of Breakthroughs Worldwide, a leadership development company. His work with entrepreneurs has been endorsed by the Napoleon Hill foundation.

When my friend TW asked me to provide a testimonial on his behalf I was more than glad to do so. I think what TW is teaching today will help you tremendously in your business life and your personal life as well.

TW has overcome roadblocks in his life and in the process has definitely become a Superhero of success.
He is changing the world and invites you join him.
How To Think Like A Superhero, Not A Villain

Chase Your Dreams, Not Your Opportunities
X